CAN MAXIMIZE YOUR BUSINESS SUCCESS!

To Al Cole from CBS Radio

~ KEN CORDAY: Executive Producer of NBC’s “DAYS OF OUR LIVES”:

“Al, I had no idea my interview on your show would be so deep and wonderful. We talk about having ‘It’ in the entertainment world. Well, Al, you’ve got IT!”

“Al, the way that you enchant people with your breath-taking national shows and with your beautiful, hypnotic voice: YOU could bewitch Congress more than any US President has ever done with his annual State of the Union Address! In other words, with your natural human genius, you could become the greatest US President who ever was!”

“Al Cole from CBS Radio, host of the syndicated talk show “People of Distinction”, is one of my favorites and the best talk show host in the country. He’s interviewed many of my clients. I just love his voice which I know makes him one of the best Voice-Over & Communications Artists out there!”

~ BILL KURTIS: Former Anchor of The CBS MORNING NEWS & one of the most successful Voice Artists ever:

“Talking to you is like talking to family. You’ve got one of the best talk shows in the business. And with your striking good looks Al, you ought to be on TV!“

~ DR. JOHN GRAY: Author of the 50 Million NY Times Best-Selling book MEN ARE FROM MARS, WOMEN ARE FROM VENUS:

“Al, it’s always a pleasure to be on your show. Not only do you allow me to get out my messages in a great way, but I learn from you too!“

~ AMY NEWMARK: Publisher of the #1 Book Brand of all time CHICKEN SOUP FOR THE SOUL:

“Al, you’re an expert at what you do. What a Communicator! I love the way that you conduct an interview!“

“In my career I’ve done about a thousand interviews. Al, yours is just about the best!“

“You and I ought to go on the road together, Al!“

“Everything you say you put so marvelously, Al.“

~ DAN “TITO” DAVIS: Author of the #1 Best-Seller “Gringo”. World traveler to nearly every area of earth, including Antarctica:

“In all my travels, I never met a man who has as great a voice as Al Cole. Al’s a Communications & Voice GENIUS!“

~ MICHAEL TIBBETTS: CEO of The Family Center For The Sacred Heart:

“Nobody ever got more great stuff out of me in an interview than you, Al.“

“It’s awesome having your positive messages going out over the airwaves… and if ever Florence LaRue & The Fifth Dimension need a bass singer, I know who to call on – you, Mr Romance!“ 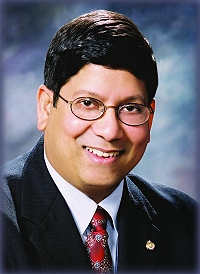 This is a heartfelt commendation to you for the remarkable work you do to recognize “Unsung Heroes” through your amazing “People of Distinction Humanitarian Awards” events (PDHA)!  As President of Toastmasters, I simply must say that by highlighting, recognizing, and rewarding such remarkable people, you are creating a powerful vortex of hope and inspiration for thousands of others you may never know. Surely, what you do with the PDHA will be part of your legacy! The media is frequently drawn to highlight the ills of the world and propagate news about the moral and spiritual decline of society. This can be very dispiriting. With your PDHA, Al, you highlight that which is noble and uplifting about what everyday people are doing in many corners of our great country. I am in awe of your ability to harness and organize events. I am very grateful that you do it for a noble purpose. Thanks again for the wonderful interview you did of me and your awesome skill as one of the most gifted broadcast interviewers in the country.

My best wishes to you for continued, inspired success!

Al Cole Gives Back To Humanity!

Al Gives Feature To Some of His

After graduating from Colgate University with a degree in cultural anthropology, George Davis began his professional writing career as a reporter for The Washington Post as well as The New York Times. Upon earning a Master of Fine Arts degree from Columbia University in creative writing and film, George then formulated his participation in the Academy Award Winning film “Coming Home” starring Jane Fonda. George wrote the New York Times Best-Selling book “Coming Home” on which this acclaimed movie was based! He has held Adjunct Professor positions at Colgate University, Columbia University and Yale University. He is Professor Emeritus at Rutgers University and his book has been translated into more than 30 languages. 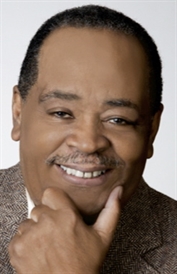 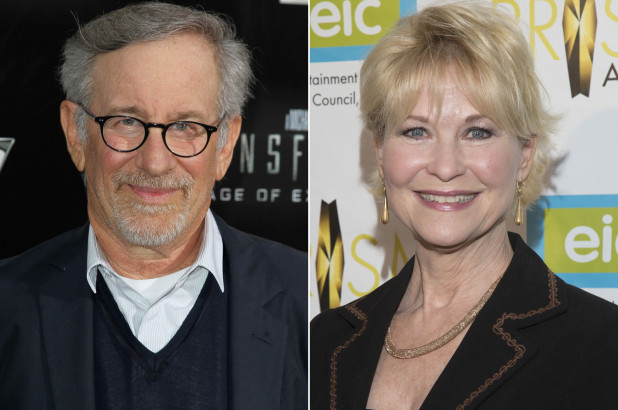 Dee Wallace is a highly-regarded healer and spiritual teacher, as well as a successful actress. She starred in Steven Spielberg’s movie classic “ET: The Extraterrestrial” (Dee played the Mother in the film).

Donna Corso is an advocate for reclaiming the human rights and dignity of our beloved Planet Earth. She  is also the Personal Assistant to author, Neale Donald Walsch, penner of the international best-seller “Conversations With God“. 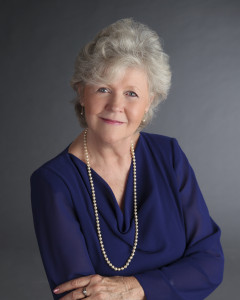 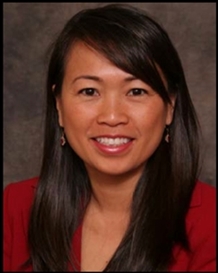 Dr. SreyRam Kuy was born in Cambodia during the Khmer Rouge Killing Fields. She has served as a board member on the National Board of Medical Examiners and on the Executive Committee of the AMA Surgical Caucus. 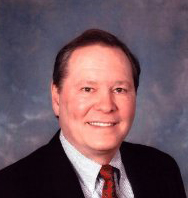 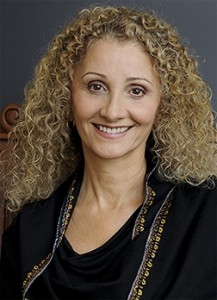 Mada’s best-selling book In Search of the Miraculous: Healing into Consciousness is a marvel of exploration into the heart and soul of our Human Family. Her book is endorsed by Deepak Chopra, as “an elegant map of the path of enlightenment.”

Rick Ulfik is the Founder of We, The World, a global platform to unite and amplify the efforts of people, organizations and movements working for the common good. Participants have included Desmond Tutu, Jane Goodall, Deepak Chopra, Eve Ensler, Daniel Ellsberg, Bill McKibben, Amy Goodman, Tavis Smiley and Marianne Williamson. Rick is also  an award-winning composer and has performed with Carlos Santana and Judy Collins, as well as on ABC TV, NBC & CBS. 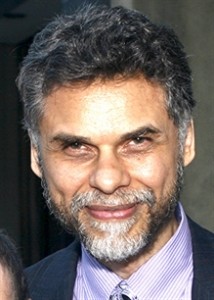 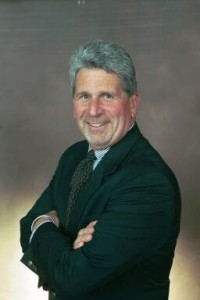 Dr. Wally Hauck is a Certified Speaking Professional, and as a Professor of Organizational Change and Development at the University of New Haven, Wally received the highest ratings of all Professors in 2012!

A brilliant panelist on Fox News Live “God Talk” and “Spirited Debate”, with host Lauren Green, Kennedy’s has also served as Chief of Staff to a New York State Assemblyman. Kennedy was awarded the Outstanding Service Award by Eagle Academy for Young Men. 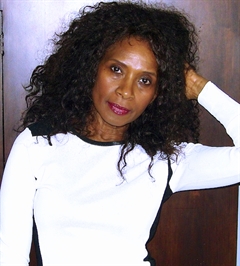 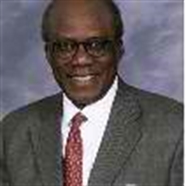 Mr. Okelo is a United Nations Special Envoy and Ambassador. He served as Deputy United Nations Special Coordinator for the Middle East Peace Process in Israel. He was UN Special Envoy to Sierra Leone where he successfully mediated a peace agreement, ending a 9-year old civil war in that country. He was also Deputy Head of the the UN Special Mission to Afghanistan (1991-1997). Mr. Okelo has also served as ambassador to the European Union, Belgium and Kenya.

Michiko has had a distinguished 30 year career with the United Nations, including her sevice as Senior Management Analyst at The United Nations. Michiko’s specialty is Conflict Resolution, certainly just what the doctor ordered for today’s exemplary humanitarian efforts! 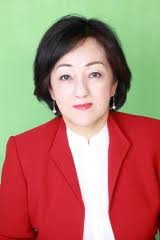 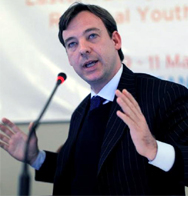 Michael Herrmann is Economic Adviser with the United Nations Population Fund (UNFPA), and member of the United Nations Lead Economist Network. He is responsible for assessing the linkages between demographic and economic change, and for informing policy dialogues on sustainable development, green and inclusive economic growth.

Balancing work as a priest, artist, curator, and UN Representative, Dr. Quintanilla also serves as Executive Director of QCC Art Gallery, the City University of New York and as a Professor of Printmaking at the College of Staten Island, NY. 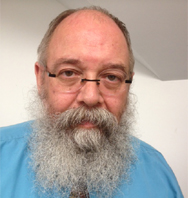 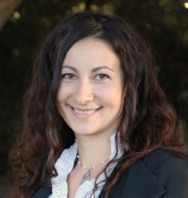 Dr. Carley Corrado is a key researcher in a Renewable Energy Physics Laboratory at the University of California, Santa Cruz. Her current research is in the development of bright red electricity-generating greenhouses. A start-up has been created for which Carley plays a central role in this exciting new green technology.

Veronica is Al Cole’s Executive Assistant and has helped to build Al Cole Enterprises into the force that it is in today’s broadcasting, creative and humanitarian world. Her expertise in assisting some of New York’s top attorneys in their legal excellence has added immeasurably to the depth she brings to others. Plus, Veronica is not only a world-class Model, she’s a literary power in her own right. Veronica is an “Unsung Hero” for sure. She offers wisdom and spiritual direction to many, underscoring Al Cole’s  messages of “elevating the dignity of all of our Human Family”! 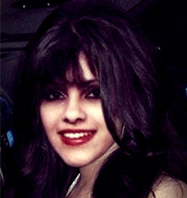 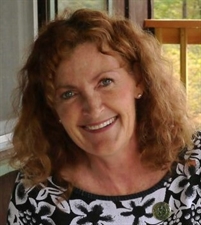 Jill Reed serves as National Chair of the Executive Committee of the growing Twelve Visions Party. In 2012, Jill ran as an independent candidate for President of the United States. Her run was based upon the concepts of The Twelve Visions Party’s Platform “Make All the People Wealthy Including the Poor”.

Please join Al Cole and his great Associates around the world in their Dream for an inspired, unified Human Family… and its imminent and loving Reality! 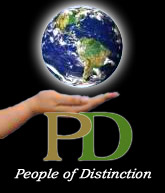